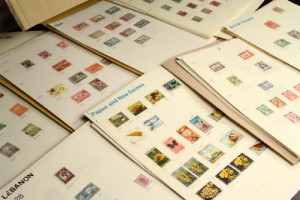 Collecting particular items that interest a person a lot is absolutely rewarding and enjoyable, to the extent that some consider collecting as a hobby and each of their collection a ‘work of art’. During the 19th century, many philatelists have engaged themselves in collecting postage stamps that vary from a wide range of themes. Apparently, this so-called ‘hobby’ has emerged through the years and has offered opportunities for stamp collectors, dealers, and even traders inclined in this time-consuming yet extra-ordinarily rewarding world of topical stamp collecting.

Anyone, a child or a professional alike, can be enthralled in collecting topical stamps. One obvious reason, though a cliché, is that collecting simply makes you happy. Yes, it’s as simple as that. Indeed stamp collecting, in general, brings joy to a collector. In the same way that it brings satisfaction and additional knowledge to the person who has a passion for it. Now, here are some of the not-so-obvious rewards that topical stamp collecting is about to offer you:

There are seemingly no end with regards to the joys and benefits of topical stamps collecting.So, why not start now with your own collection and be delighted with the rewards of topical collecting!