Among the most widely sought Canada postage stamps, the Canada Early Issues mark the period spanning 1903 until 1943. In addition to being highly sought-after in general, this particular era of stamps contains a famous stamp that depicts the “Schooner Bluenose,” being among the most famous stamps available to stamp collectors in Canada. This era was followed by Canadian stamps of the Canada Modern Issues, which ran from 1944 to 2013. 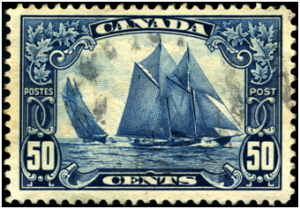 Also of note in this time span is that it marks the beginning of the Canadian Post Office’s decision to authorize the use of picture postcards in Canada, as well as the start of insurance against lost money or belongings sent via mail.

Notable Canada postage stamps that came out during this time period include some of the following:

If you are a philatelist interested in Canada Early Issues, call Treasure Coast Stamps. We have information about these and other interesting Canadian postage stamps.