In the years following World War II, there was a great deal of activity as Germany was divided among the Allied forces. In the end, after much tension and conflict, the division of West Germany and East Germany remained in place from 1949 until 1990. The former became the Federal Republic of Germany, and the latter the German Democratic Republic. The German Democratic Republic issued its own East German stamps, as did the west, but Berlin maintained a special status. 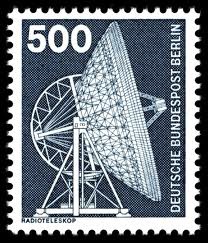 West Berlin was under the authority of three of the occupation forces, being the British, French, and Americans. Meanwhile, east Berlin was still under the control of the Soviets. West Berlin issued its own stamps, which were also valid in West Germany. Relations surrounding Berlin remained tumultuous until the reunification in 1990, as America, France, and the UK maintained that the city was under administration by all four of the Allied forces, including the Soviets, and therefore had a special status. Unification of the city truly did not occur until 1990, however, which is why the city issued its own stamps.

The Berlin stamps for sale today tend to be highly sought-after, particularly for the earlier editions. Later editions tended to match the ones issued by the Federal Republic of Germany, except for the addition of “Berlin” on the design. A notable stamp issued from 1951 until 1956 is the Freedom Bell, commemorated as a gift to the city by the Americans in 1950.

If you have questions about stamps issued in Berlin before the unification, Treasure Coast Stamps is happy to help. We can provide you with general knowledge, and help you source stamps for your collection.