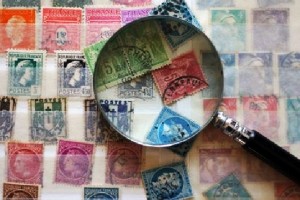 Value may be referred to as: 1) the price or cost of a certain item; and 2) the significance of an item. Taking on these two definitions, let us take a look on what’s the real ‘value’ of stamp collecting.

Some believe that stamp collecting is a hobby; others say it is an investment. Since stamp collection has become a trend worldwide, many of the world’s amateur and experienced stamp collectors have been engaged in the industry of stamp dealing, while others just do it as a worthwhile form of recreation during leisure hours.

When Collecting Turns into a Hobby

Being a form of leisure activity, stamp collecting really has something to do with appreciating the pictures/images imprinted in stamps and the underlying stories behind them. There are people who are greatly interested in broadening their knowledge through the help of these stamps. Likewise, many of stamp collectors nowadays collect stamps absolutely for enjoyment, and not for any other reasons. Such individuals may have developed a strong sentimental attachment to doing such, and so they continue to gather more and more stamps that they may include in their collections until their pleasures for collecting are satisfied.

When Hobby Turns into Business

Since the stamp market has become a global trend, the number of people who have been choosing stamp collecting as an alternative investment has largely grown over the years. But is it really easy to make money out of stamp collecting?

Determining stamp collection or a single postage stamp price is based on certain variables. There are some stamps that cost really expensive. Such stamps are basically very old, yet still in good condition, or are generally rare. Rarity would refer to how many stamps of that particular kind are still available. Rare stamps are of course, with greater value and are generally more expensive than those of that kind. Some of the most valuable stamps that we know may have cost that much because of their rarity.

Aside from rarity, stamp prices are also appraised in terms of their condition, print types, age, if they are used or unused, among others.

Now, the “real value” of stamp collecting actually depends on how you treat the thing. If it’s a hobby that really interests you, then it is valuable. If it’s the money that you make out if it, it is more of that “valuable” because of its pricey worth. So, whether you want to make stamp collecting as your hobby or as stepping stone to having a business, it’s your choice. Either way, you’ll surely enjoy collecting stamps. Bear in mind that this activity, when considered a business doesn’t make you an instant millionaire overnight; yet when considered as a hobby, it’ll give you the fulfillment that any hobby could bring. And if you’re decided to start collecting stamps, you can check our site to see the finest collections of stamps!