Throughout the first half of the 1900’s, Germany made several efforts at wide scale military campaigns, beginning with World War I, which ran from 1914 until 1918, followed by World War II, from 1938 until 1945. When Germany occupied various territories it had conquered during those time periods, it assumed responsibility for issuing German occupation stamps. 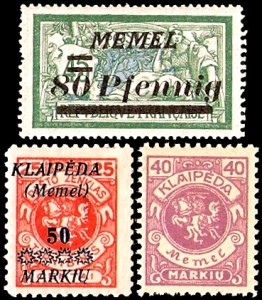 World War I involved the countries of Belgium, Portugal, Great Britain, France, and Germany, as well as their various colonies spread throughout the Pacific, Asia, and Africa. The benefit of collecting stamps issued during this time is that there are numerous stamps from the German occupation, and they are not as widely sought-after as World War II stamps, making them an affordable place to start.

World War II stamps are highly collectable, and it can be challenging to obtain many of the more rare German occupation stamps. Many people start out with stamps such as those issued by the General Government, which was what governed defeated Poland at the time. Luxemburg and Belgium also have numerous potential stamps to try and obtain.

For those seeking a challenge, various military campaigns in Eastern Europe and the Balkan resulted in a number of rare stamp issues, including local overprints. It should be noted that these are prone to forgery, so collectors should tread carefully.

If you need help rounding out your collection of stamps from the German occupation eras, please contact Treasure Coast Stamps. We are enthusiastic stamp collectors ourselves, and are happy to help you with the information and sourcing you need.